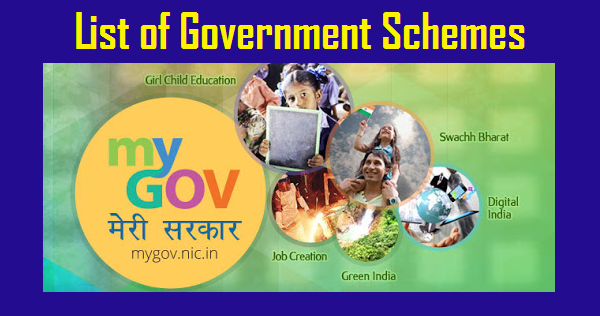 When it comes to selecting the policy for child education, it becomes pretty much hard for parents to finalize the policy as there are more than dozens of policies available out there. In terms of the long-term development of the child’s future, choosing a child education policy becomes a very sensitive decision that should be made only after critical review. It has to be taken into consideration that the sooner the policy is chosen, the better it is for the child. For higher education, a huge amount of money is involved in degrees and more so it becomes a burden for parents as well as children and this is where the child education plan comes into effect.

We have listed down a list of schemes by the Modi government that will help in playing the role of secure life education for the children. Here the benefits that are included in the scheme are both for parents and the child where the child is benefitted directly whereas the parents are indirectly benefitted from the program:

As the name suggests, this scheme is both for protecting daughters from problems such as gender-based abortions and empowering them for -child education throughout the globe. Since the Child Sex Ratio is unbalanced, the Beti Bachao, Beti Padhao scheme has been launched to balance the same. Later other communities such as the Ministry of Women and Child Development, the Ministry of Human Resource Development along the Ministry of Health and Family Welfare collaborated on it.

Undoubtedly, the costs of marriage and dowry are two of many problems that result in sexism against the race of girls. This is why the government has sponsored a saving program for the parents of a girl child known as Sukanya Samriddhi Yojana. Through this program, the parents of the girl child will be able to keep some amount of money aside for their girl child’s upcoming investment in college as well as in marriage. To open an account under this program, the parents can seek the help of either any India Post Office or any branch of a commercial bank that has the approval of the central government.

Also Read, Why Is Education Important in Our Life?

The Bhagyashree Scheme is of Karnataka where it encourages the lower-income households for the birth of girl child. Through this program, what the Karnataka government does is that it offers potential aid to the girl child as health care coverage. This health care coverage can be up to Rs.25, 000 every year. Other than this, there is an annual scholarship of Rs. 300 to Rs.1000 up to class ten.

This Balika Sariddhi Yojana is more of a scholarship initiative program to encourage all the girls whose family’s financial status lies below the poverty line. The scheme was launched to increase programs such as the social status of girls, marriageable age, and enrolment for school studies. Both the girls from urban and rural areas can be benefited from this girl child program. All the qualifying beneficiaries ranging from the birth of a baby girl to a mother of a girl child are given as a cash reward.

Other than that, there is some of the best LIC policy for children available that the parents can select for their children considering all the potential upcoming investments in the former studies and more. Some of the benefits that are included in the LIC policy are education plans helping in the long run and more. With the LIC policy for girl child education plan, the parents will be able to secure the future of their girl child.